The Government Accountability Office (GAO) has released a new report requested by Congressional oversight committee chairs describing and assessing the ways that US Customs and Border Protection (CBP) and the Transportation Security Administration (TSA) use facial recognition to identity and track international (CBP) and domestic (TSA) travelers.

Here’s how the GAO says it works  (click flowchart for larger version): 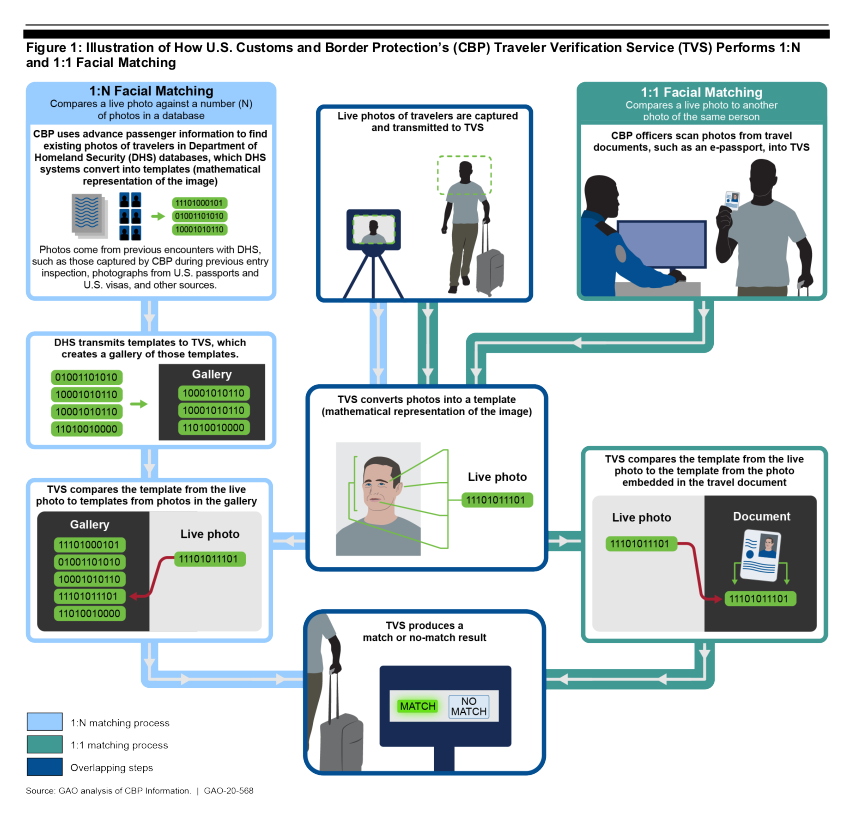 The GAO report doesn’t address several of the most significant issues with DHS use of facial recognition to identify travelers, including:

The GAO report doesn’t mention either Automated Passport Control (APC) kiosks or the Mobile Passport Control (MPC) apps, both of which capture mug shots or “selfies” of arriving international travelers. It’s unclear whether or not these were included in the scope of the GAO study, or why they would have been considered out of scope.

Within its limited scope, the GAO report found some problems that should be red flags suggestive of potentially more serious lurking problems:

Here’s the GAO’s list of airports, seaports, and land border crossings where CBP and/or TSA are using facial recognition to identity and track travelers, as of March 2020: 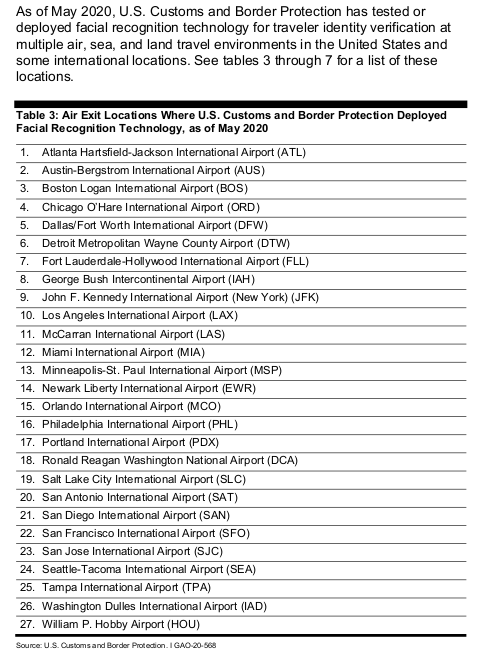 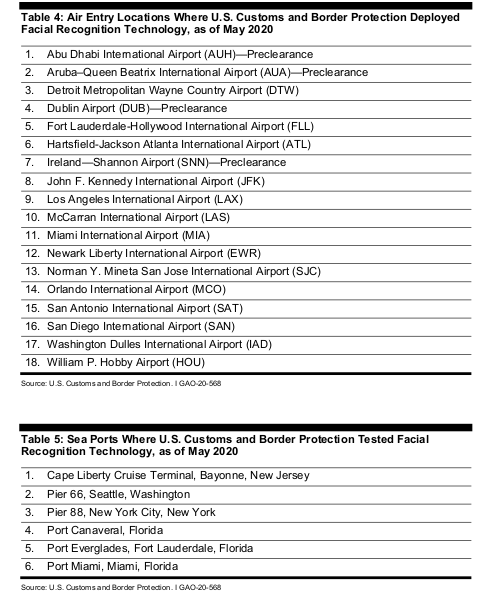 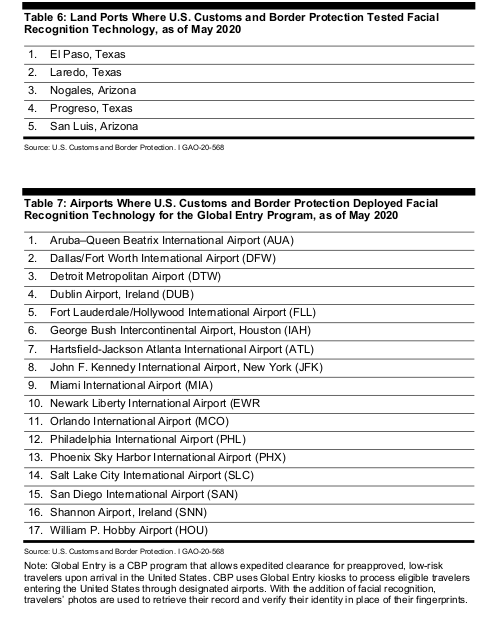