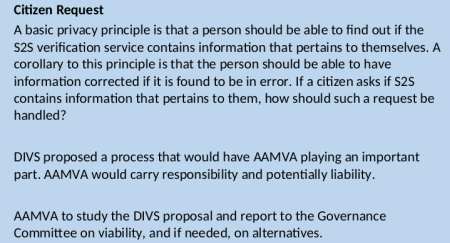 We asked AAMVA’s Chief Privacy Officer about this in early 2016. Nothing was done. Members of the S2S/SPEXS governance committee were polled in 2017, and identified this as one of their two highest priorities. Still, another year later, nothing has been done. END_OF_DOCUMENT_TOKEN_TO_BE_REPLACED