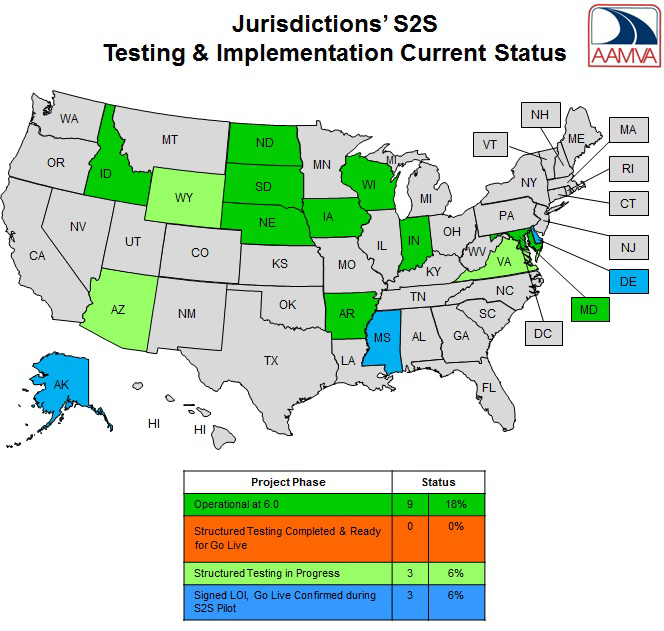 Last week the Department of Homeland Security denied requests by five states for “extensions” of time to comply with the REAL-ID Act of 2005. The DHS denials of requests for extensions were accompanied by renewed threats of  restrictions on residents of those states: “Starting January 30, 2017, federal agencies and nuclear power plants may not accept for official purposes driver’s licenses and state IDs from a noncompliant state/territory without an extension,” said DHS spokesman Aaron Rodriguez in a statement.

Does this mean that a deadline is approaching? That every state except these five has “complied” with the REAL-ID Act? That these “holdouts” have no choice but to comply? That the sky will fall on these states, or their residents, if they don’t?

As we told the Washington Times:

Not everyone thinks states will, or should, be swayed by the federal government’s determination.

“These are not states that stand out because they are less compliant,” said Edward Hasbrouck, a spokesman for the privacy advocacy group The Identity Project.

He says Homeland Security is arbitrarily enforcing aspects of the Real ID Act by deeming states compliant even when they have not met every requirement, noting specifically few “compliant” states have met the requirement that they provide access to information contained in their motor vehicle database via electronic access to all other states.

“It’s a game of chicken, it’s a game of intimidation, and very little of it has to do with actual requirements or actual deadlines,” Mr. Hasbrouck said.

If Homeland Security, which repeatedly has pushed back compliance deadlines for Real ID, does go through with the commercial airline restrictions in 2018, Mr. Hasbrouck said he expects grounded passengers would eventually bring litigation challenging the law.

Let’s look at some of the questions skeptical citizens and state legislators ought to be asking about these DHS scare tactics: