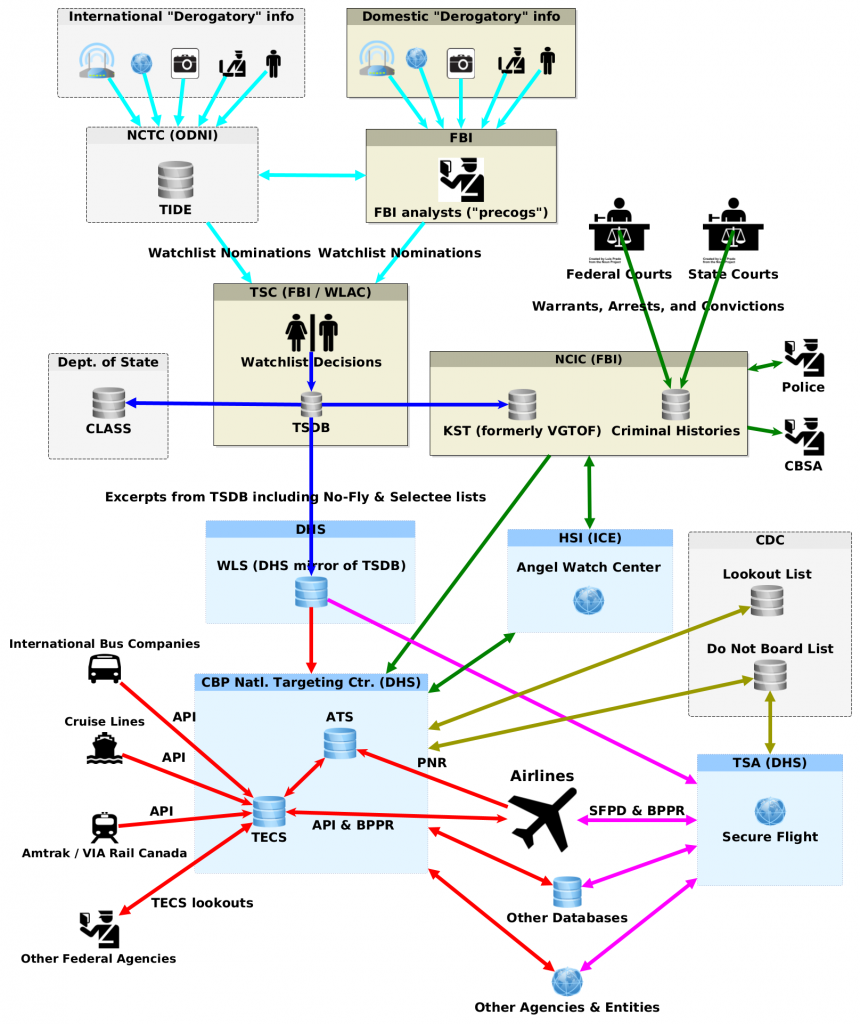 [“How do you get on the no-fly list?” Larger image; PDF with legend.]

In the aftermath of the storming of the U.S. Capitol last week, there’s been a confused cacophony of calls to “put the rioters on the no-fly list.”

At the same time, there have been equally confusing claims and denials that some people found out that they had already been “put on the no-fly list” when they were denied boarding on flights home from Washington.

The answers to all of these questions are much more complicated, and different, than many people seem to think — including the chairs of relevant Congressional committees, who ought to know better. The reality is that:

So a better starting point for understanding what’s happening — before we can begin to assess whether it is legal or what should be happening — is to ask, “How can a would-be passenger be prevented from boarding a scheduled airline flight?”

The diagram above (larger version; PDF with legend of acronyms and color-coding) gives only a summary of the U.S. government’s no-fly decision-making process, not including individual airines’ no-fly decision-making practices. (We’ve published versions of the diagram before. The latest version above has been updated to include the Angel Watch Center, the CDC Do Not Board List and Lookout List, and the Watchlisting Advisory Council.)

As discussed in more detail below, no-fly decisions can be based on any of the following:

How does all this work? Here are some FAQs about the no-fly list and no-fly orders: