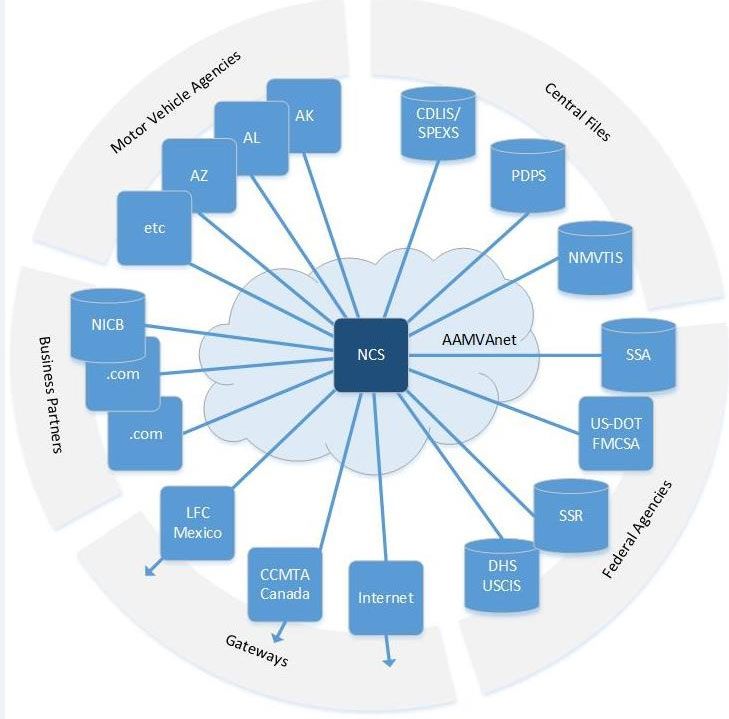 One of the big lies being told by supporters of the REAL-ID Act of 2005 is that, as the DHS says on its official “Rumor Control” page, “Fact: REAL ID does not build a national database nor does it grant the Federal Government or another state access to a state’s driver’s license data.” According to another DHS Web page, “REAL ID Frequently Asked Questions for the Public“:

Q: Is DHS trying to build a national database with all of our information?
No. … REAL ID does not create a federal database of driver license information.

Many state legislators and residents of states that are considering whether to start issuing “compliant” driver’s licenses are concerned about (a) whether this would affect residents of those states who “opt out” or choose not to have a gold-starred compliant license (it would, as we’ve discussed previously), (b) whether there would be a central database or list of all drivers or ID cardholders (there would be, as discussed below), and (c) what we mean when we say that the goal of the REAL-ID Act is the creation of a “distributed” national ID database in which a single query routed through the central “hub” can retrieve data from every state ID database.

Here’s what we’ve been able to find out about the centralized national ID database the DHS  claims doesn’t exist, what information it contains, how it works, and who operates it: