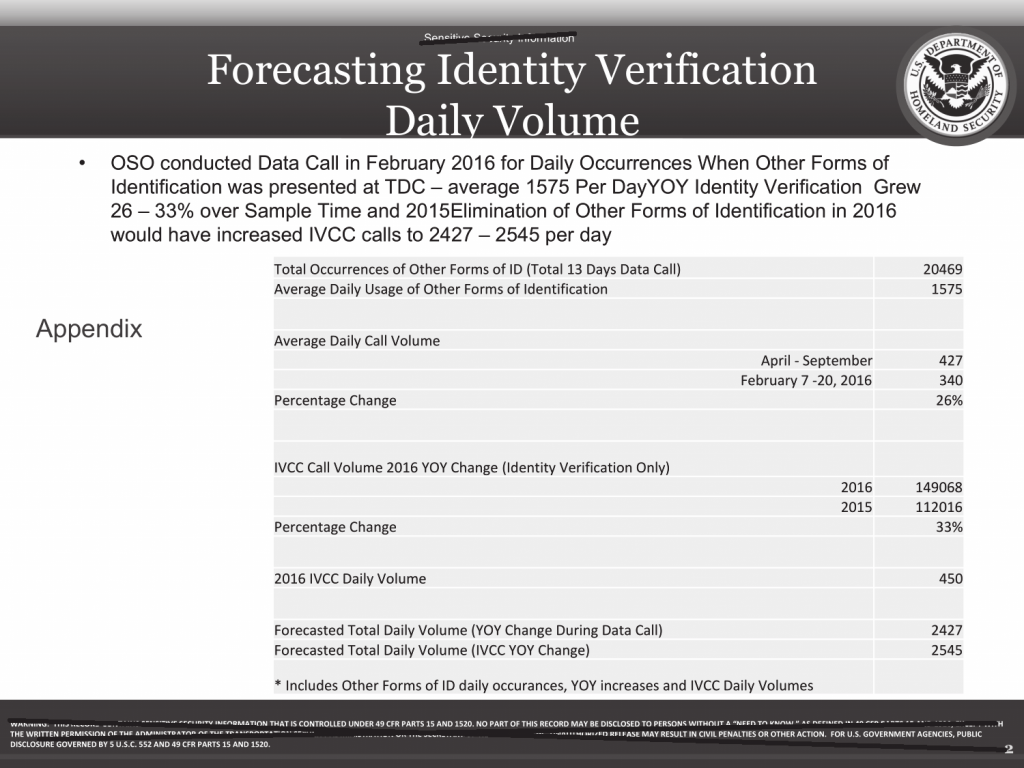 As of 2016, almost 2,000 people a day were allowed through TSA checkpoints at US airports either without showing any ID at all, or with other forms of ID that the TSA or its contractors initially considered “unacceptable”.

According to an internal TSA presentation, there were 149,068 calls (an average of 407 per day) for “ID Verification” to the TSA’s ID Verification Call Center (IVCC) in 2016.

Each of these calls presumably corresponds to a person seeking to fly without ID, or with ID that was initially deemed unacceptable by checkpoint staff.

These are just the people who were required to go through the TSA’s “ID verification” questioning for people with no ID. The TSA estimates — based on a smaller sample of incident reports for a 13-day period in February 2016 — that  an additional 1575 people per day are allowed to fly with “other forms of” ID that are initially deemed unacceptable, for a total of just under 2,000 people per day who fly with no ID or unacceptable ID.

These numbers are from records recently released by the Transportation Security Administration in response to one of our Freedom Of Information Act requests.

This is a substantial increase from the most recent figures previously released by the TSA.