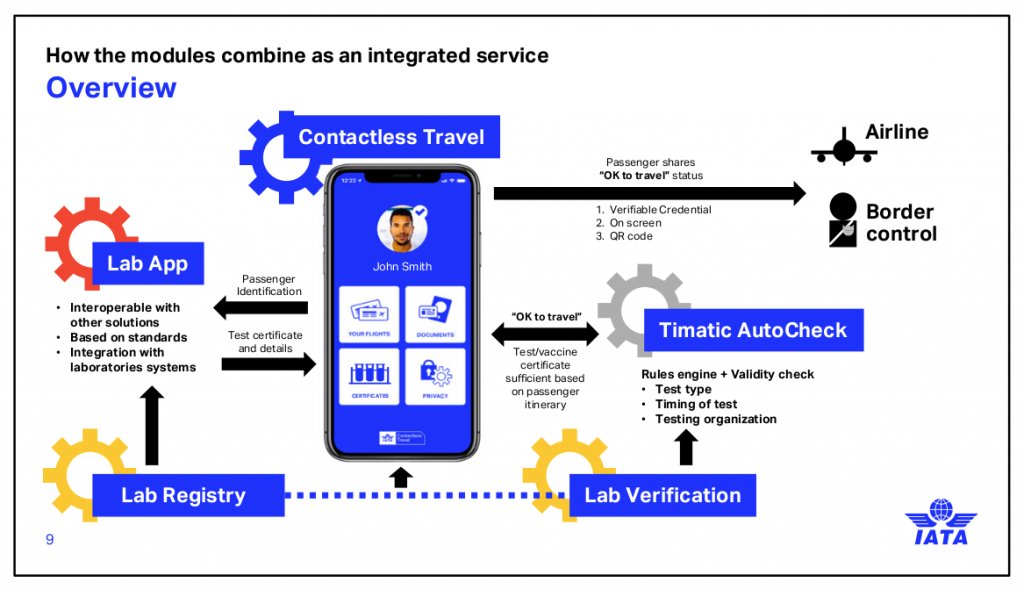 No distinction is made by IATA between data to be shared with governments and with airlines. IATA takes for granted that airlines are entitled to free use for their own purposes of whatever data travelers are required to hand over to governments:

The point seems to be to make potential travelers feel safe, so that they will be wiling to fly again, so that airlines can return to profitability — not to actually eliminate the risks of infection from air travel and the activities incidental to it.

With respect to vaccinations, as we’ve noted before, there is already an international standard method method of recording immunizations and and making those records available to governments: the International Certificates of Vaccination (ICV) or “yellow book”: 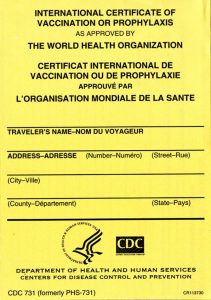 The ICV was developed and adopted by the World Health Organization, not the travel industry. It has been endorsed by the US government, including by the CDC.

Curiously, there is no mention by IATA of the longstanding and internationally-recognized standard, the ICV, which the new “IATA Travel Pass” app is apparently intended to supplant. Also curiously, although there is an official CDC version of the ICV, published by the US Government Printing Office, the  page that formerly described the ICV and how to fill it out has disappeared from the CDC website.

It’s not clear what’s going on behind the scenes, but we are concerned by the much greater potential for abuse of the IATA Travel Pass., especially if any government in the world can insert its own rules into the permission-to-travel algorithm with no algorithmic transparency , oversight, or accessible pathway to judicial review of no-fly decisions.

Someone who is turned away at the door to the airport (there are already checkpoints at the doors of many international airports, before travelers get a chance to approach the check-in counters) or at a ticketing or check-in counter, is unlikely to have meaningful access to the courts of the country of their destination or where a foreign airline is based.

It’s unclear whether IATA will be pitching its new app to ICAO and/or the WHO as a new international standard and/or a replacement for the ICV. IATA isn’t waiting, though, but is apparently trying to start by selling its app to governments country by country. Without specifying the countries between which the trials will be conducted, IATA says that the International Airlines Group (the holding company for British Airways, Aer Lingus, Iberia,  and the low-fare airlines Vueling and Level) plans a pilot of the IATA Travel Pass by the end of December 2020.

We welcome any reports by travelers who use, try to use, or refuse to use this app.