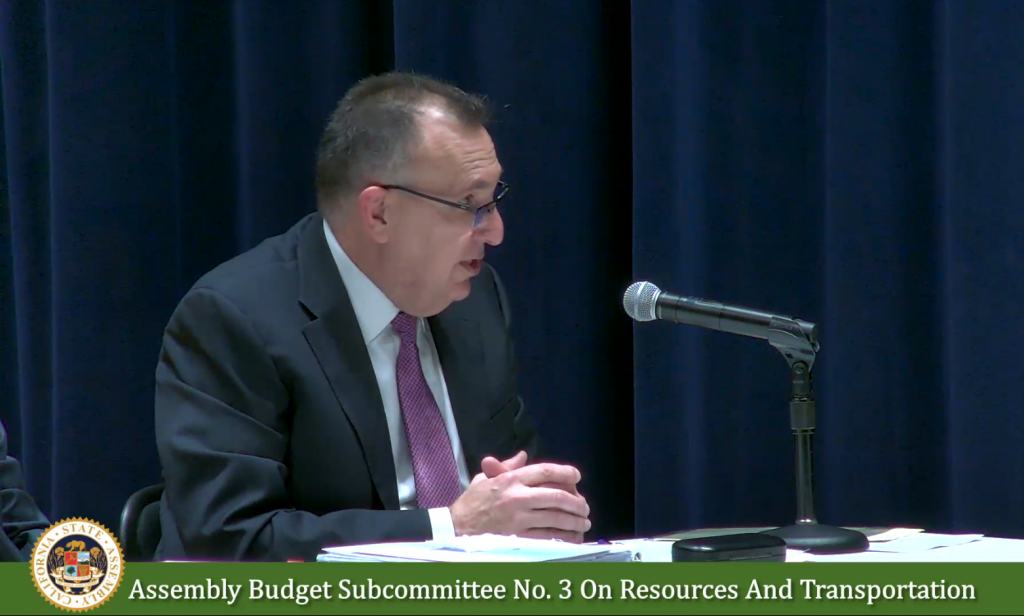 [Steve Gordon, Director of the California Department of Motor Vehicles]

The director of a $9 million state publicity campaign to persuade Californians that they will be “turned away at the TSA checkpoint” if they try to fly without ID and that “you will need to show federally-compliant identification in order to board a domestic flight within the U.S.” admits that he knows you can fly without any ID, and he’s flown without ID himself.

That admission by Steve Gordon, Director of the California Department of Motor Vehicles (DMV), came following a hearing in Los Angeles yesterday at which we also testified (written testimony, video starting at 1:10:23) before the California Assembly Budget Subcommittee responsible for oversight of the DMV.

California DMV Director Gordon said the DMV has an “overall budget north of $9 million” for an “awareness and motivational campaign” in all media — billboards, online keyword advertising buys , etc. — to “drive people to action” to apply for REAL-ID cards.

Gordon said that the DMV had changed its message from “You can apply for either a REAL-ID ‘compliant’ or ‘noncompliant’ drivers license or ID card” to, “You should get a REAL-ID card,” because it was “too confusing” to tell people they have a choice.

The other witness at the hearing was Caroline Beteta, CEO of Visit California, a travel industry lobbying group affiliated with the U.S. Travel Association. She echoed the U.S. Travel messaging that REAL-ID Act implementation “will require all Americans to present REAL ID-compliant identification to go through security” and the claim that travelers without compliant ID “could be turned away” at checkpoints, but provided no basis for that claim.  She endorsed the call by U.S. Travel for Congress to “modernize” the REAL-ID Act. But that appears to be a call for more, not fewer, ID requirements, “biometric screening” and “automated identity verification” (presumably meaning automated facial recognition), and more industry-government sharing of personal information about travelers.

In our testimony, we pointed out — as we had noted in our objections to the DMV’s REAL-ID regulations — that the DMV has omitted from its budget any estimate of the costs, and any explanation of the legal basis, for uploading information about all California drivers license and ID holders to the SPEXS national ID database, as will be required if California is to comply with the REAL-ID Act.

We called B.S. on the DMV’s unsupportable claims that air travelers will be required by the REAL-ID Act to show ID to fly.

We called for the state of California to plan, prepare, and budget to defend any Californians whose right to travel is  denied or infringed at the behest of the Federal government, rather than capitulating to, or collaborating with, this Federal threat to interfere with our exercise of our rights.

And we urged (video starting at 1:10:23) both state legislators and travel businesses to work with Federal legislators to repeal the REAL-ID Act as the best way to avoid any of the adverse consequences they fear.

After the hearing adjourned, we asked DMV Director Gordon if he was aware that people can and do fly without any ID. “Of course I know that. I’ve flown myself without ID,” he answered.

So why is his agency telling people that they “need” ID to fly, if he knows this isn’t true? “We’re just trying to follow DHS rules,” he said, and walked away.

Meanwhile the DHS posted a new FAQ about the REAL-ID Act on November 18, 2019, which includes the following:

Q: What happens to travelers who show up without a compliant license? Will TSA turn them away?

Travelers who do not present a REAL ID-compliant license or acceptable alternative beginning October 1, 2020 will not be permitted through the security checkpoint.

It’s hard to know what to make of this statement, since some DHS press releases are blatant lies while others are exercises in “rulemaking by press release” and are treated as legally-binding notices of substantive changes in otherwise-secret internal policies.

In the past, as TSA incident reports and tally sheets released in response to our FOIA requests show, 98% of the people who show up at TSA checkpoints without ID or with ID that “Travel Document Checkers” deem unacceptable have eventually been “allowed” to exercise their right to travel by common carrier.

Is the new claim that travelers without ID will start to be turned away, rather than required to fill out the unapproved and unlawful TSA Form 415 and answer questions about what’s in the file about them kept by the commercial data broker Accurint, but then allowed to proceed, indicative of any actual planned change in the TSA’s procedures for travelers without ID? Or is this just a repetition of the DHS and TSA big lie about  ID to fly?

Stay tuned, but don’t believe what the California DMV says on TV and in its print and online  advertisements about REAL-ID, any more than you can believe the DHS and TSA.

5 thoughts on “What will the REAL-ID Act mean for Californians?”