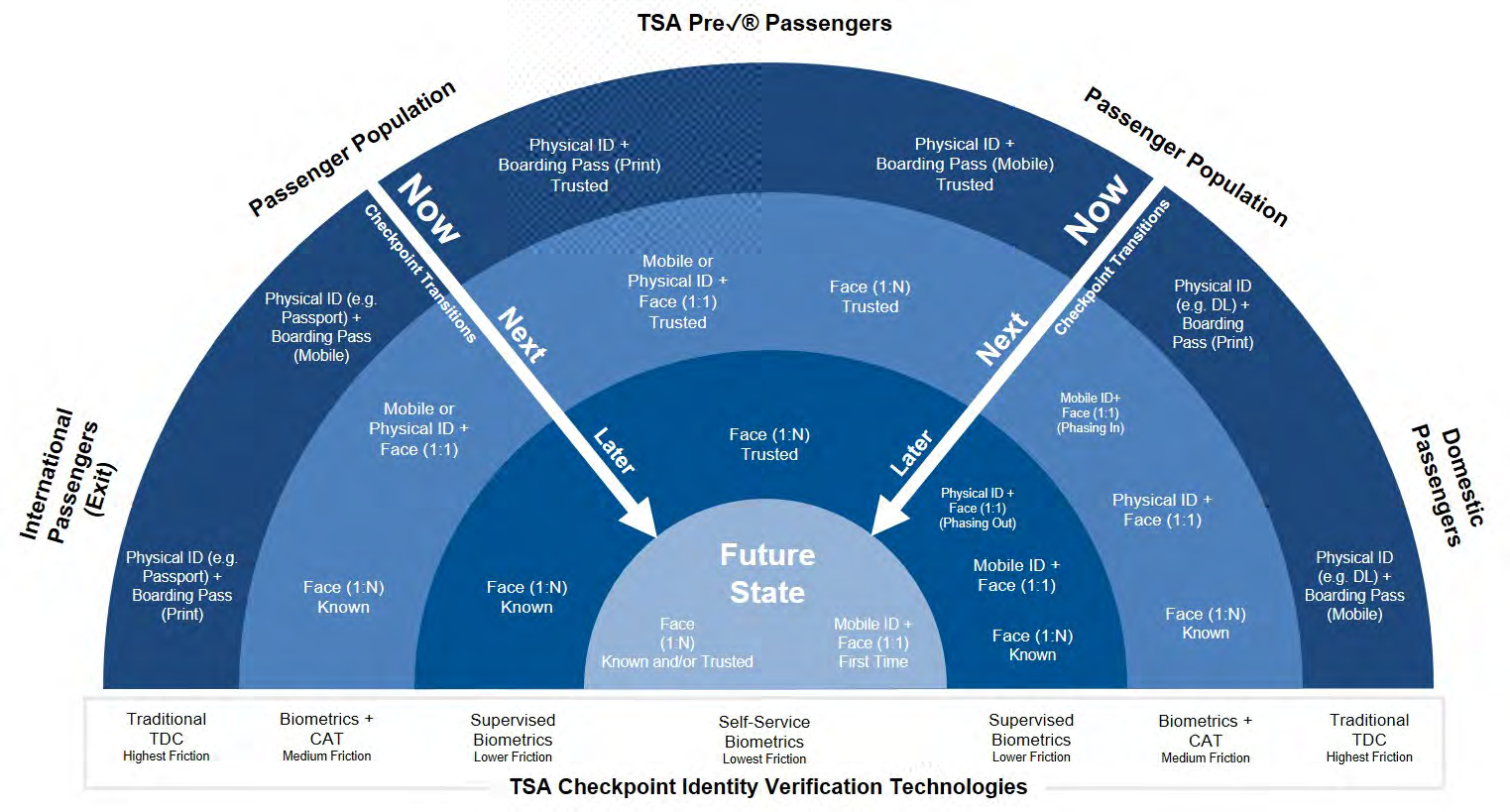 [TSA Biometrics Roadmap, September 2018. Note that face ID will be used for all air travelers and that all use of physical ID credentials is “phasing out” in favor of facial recognition and digital tokens on mobile devices.] 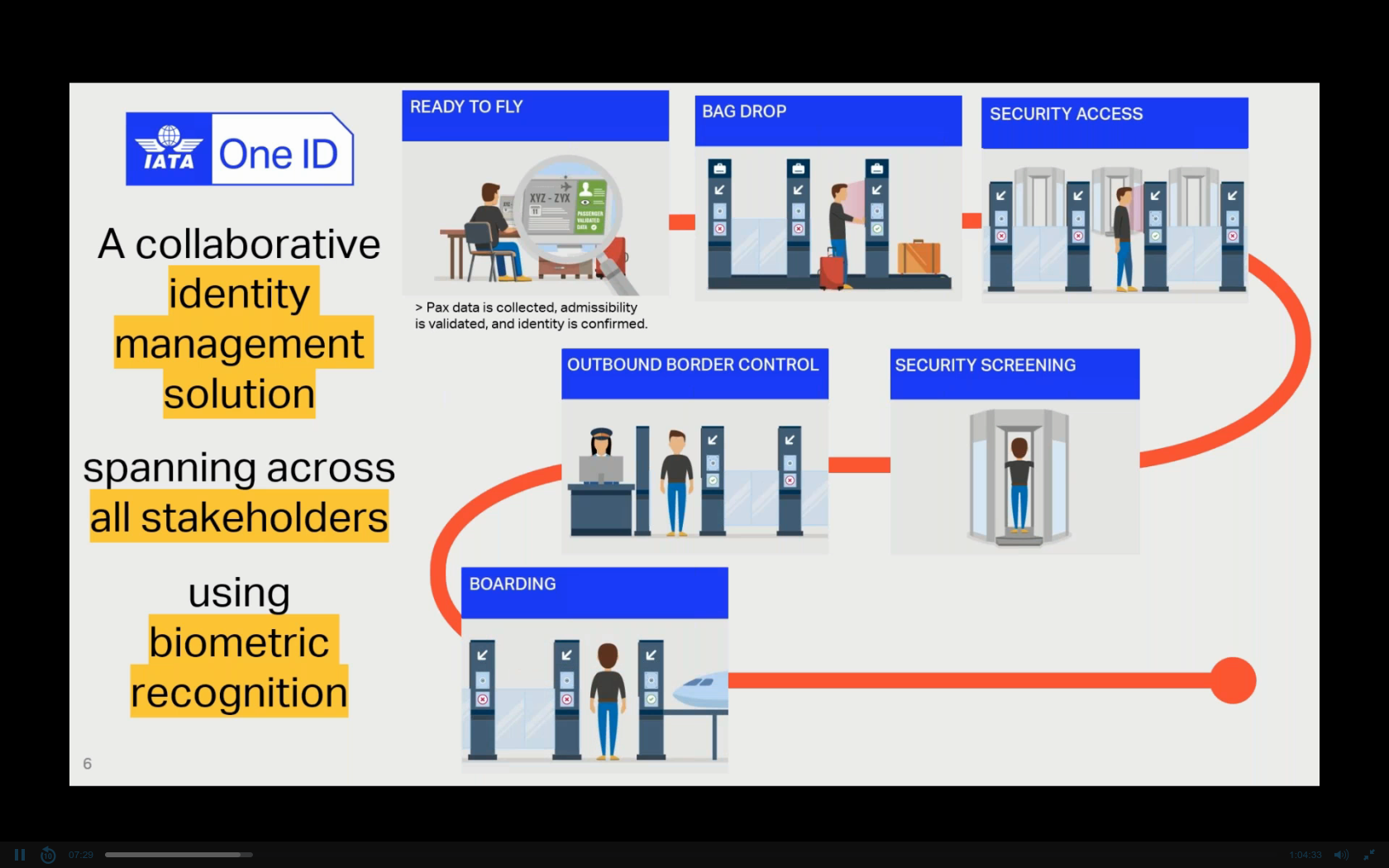 [IATA airline vision for shared use of facial recognition by governments, airlines, and airports]

Driving the dystopian trend called out in the ACLU white paper is the malign convergence of interest between governments that want to use facial recognition and other techniques of compelled and automated identification for surveillance and control of travelers’ movements, and airlines, airports, and other businesses that want to share use of the same identification systems and data for business process automation and commercial tracking and profiling of travel customers.

Below are some key excerpts, but we encourage you to read the full ACLU white paper:

Customs and Border Protection’s new airport face recognition system has attracted a lot of attention and criticism, most recently last month when the agency backed away from suggestions that it would make the program mandatory for American citizens….

The biggest harm from this program, however, is likely to come from the investment that it represents, the precedent it sets, and the path it puts us on as a society.

And where that path leads is a nightmare. It hardly takes a paranoid flight of fancy to foresee this program morphing into something far more comprehensive and dystopian — a world where face recognition is used throughout our public spaces to scrutinize our identity, record our movements, and create a world where everyone is constantly watched….

DHS and the aviation industry as a whole have a sweeping vision of expanded use of face recognition in the air travel context, and the government itself has already laid out — and begun following — a very specific, clear, and well-defined pathway for how the current program leads to a much broader implementations of face surveillance at the airport. And from there, it will be poised to expand far beyond the airport.